JUSTIFICATION AND SECURING OF PENSION RIGHTS 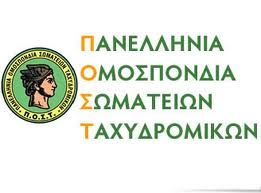 ESTABLISHMENT AND SECURING OF PENSION RIGHTS ACCORDING TO LAWS ON IKA (the acronym is in Greek characters; the English translation is “Social Security Institute”)

Today, the 16th of November 2012, the Administration of Ι.Κ.Α.-Ε.Τ.Α.Μ. (* as are the acronyms in Greek characters; the English translation is “Social Security Institute – Single Insurance Fund of Employees”) published a Press Release through which it clarifies certain issues related to the new law 4093/2012 and announces the circulation of an administrative circular in the near future pertaining to the establishment and securing of the the insured employees' pension rights until the 31st of December 2012.

It is important to underline that those insured at IKA-ETAM, in order to secure their pension rights, are entitled but not compelled to apply for recognition of fictitious time of insurance until the 31st of December 2012.

The content of the Press Release is as follows:

The administration of IKA-ETAM hereby informs the insured that there will be detailed explanations on the new provisions of law 4093/2012 related to pensions, as soon as the procedure of publishing of the explanatory circular is concluded.

Regarding the issue of the employees securing their pension rights, it is clarified that those insured are not required to take any action in advance (e.g.: submit a relevant application), because the right to pension is examined by the Retirement Service at the same time as the relevant application.

Furthermore, the application for recognition of fictitious time of insurance in order to secure the prerequisites for pension of the current or previous year, does not have to be filed within the year 2012.

For recognition of fictitious time of insurance, the related application can be filed whenever before the application for retirement or simultaneously with it.