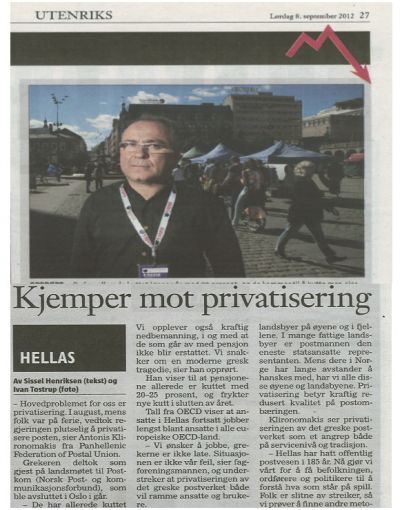 In the context of P.O.S.T.'s Executive Board's decisions, in order to inform every sector in Greece, as well as the International Postal Organizations, over our struggle against the plans of Post's privatization, our Federation was represented in the Norwegian Postmen's Congress by the Secretary of International Relations, Mr. Antonis Klironomakis.

During the Congress, we were given the opportunity to highlight the problem of the Hellenic Post, as it was formed after the Government's decision for its privatization.

In the main time, we asked  the European and American Trade Unions to support our fight against the Post's selling out.

All the delegates expressed their solidarity and showed their will for a COMMON FIGHT against the policies of disposal of the public property.

These positions were expressed with interviews-by our Secretary of International Relations- in the printed press as well as in the electronic media of Norway. 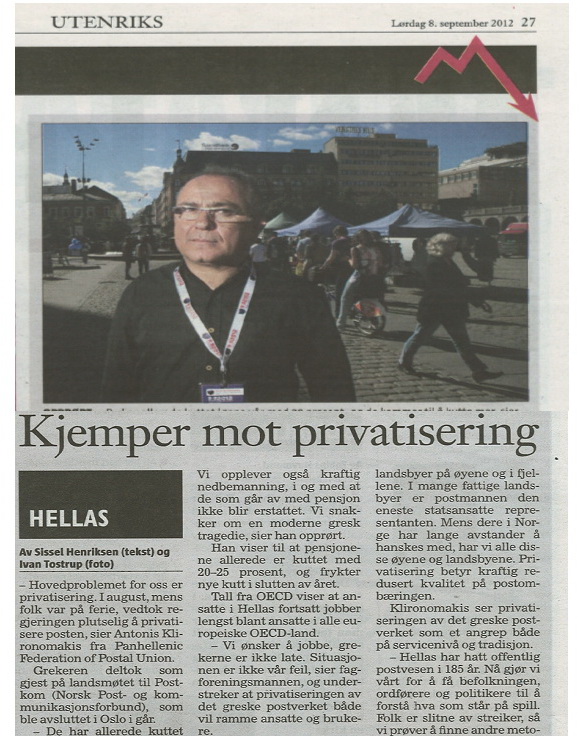 The interview is as follows: