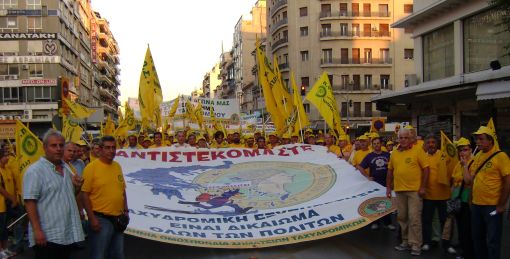 The workers in the Greek Post Office participated massively in the Unions' demonstration in Thessaloniki on September 8, 2012.

The gathering was organized by GSEE - ADEDY and the Labor Center of the city, at the context of the International Exhibition.

The "block" of  P.O.S.T. was marked by its special fighting pulse and volume.

During the gathering and march towards the Ministry of Macedonia-Thrace, the postal slogans spoke up against the government's policy and expressed their opposition to the unpopular government measures, affecting brutally the living conditions of workers, but also against the recent decision to privatize the Hellenic Post. 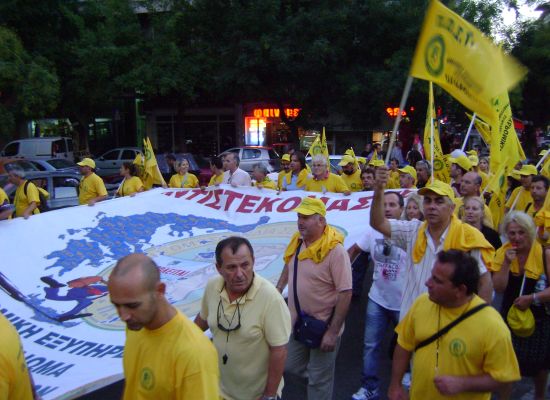 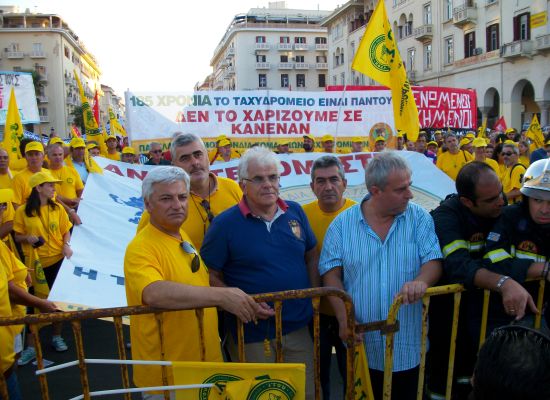